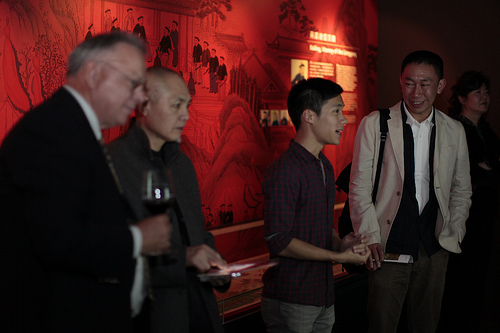 Can the museum public be trusted?

Trust is a strange concept. Museums provide to the public the riches of the world. They create environments in which the most precious, the most desired items that mankind has created or discovered are showcased. These items are often placed within an arm’s length of the public. And the most remarkable thing about this practice is that in almost all cases, the relationship between the public and the object is respected.

We trust our public. Our public may sometimes reach out to touch the precious but this action is often brought about because of a desire to make a tangible connection to the work. It is seldom a malicious act.

The head of security for the museum spoke with deep passion. He was concerned. Recently the museum had installed an interactive kiosk in which the public uses an iPad mini to navigate and interrogate a digital copy of one of the museum’s most important objects, the Pacifying of the South China Sea scroll.

The iPad mini was chosen because it provides an intuitive way for a visitor to interact with a digital creation. The iPad mini is untethered to the station. This was a decision that was made in order to give the visitor a sense of freedom. The visitor can walk up and down the gallery space and as they explore visually, also physically explore.

This concept was unacceptable to the security officer. He explained that the iPad mini would be stolen within a week and that he did not have the man-power to monitor this area 24/7. He would not be held responsible for the eventual loss.

I only have a deep respect for the work that security provides for a museum. When I worked at the United States Holocaust Memorial Museum it was always apparent that our very lives depended on their presence.

But I am going out on a limb and saying that I also have respect for the public. I am going to trust that if an individual makes a choice to come to the museum that the museum must believe that their intentions are true.

If museums cannot trust their public with a iPad mini, then how can we trust them with anything in the museum. And how can they trust us? 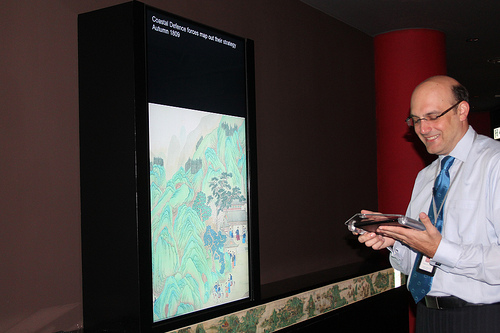